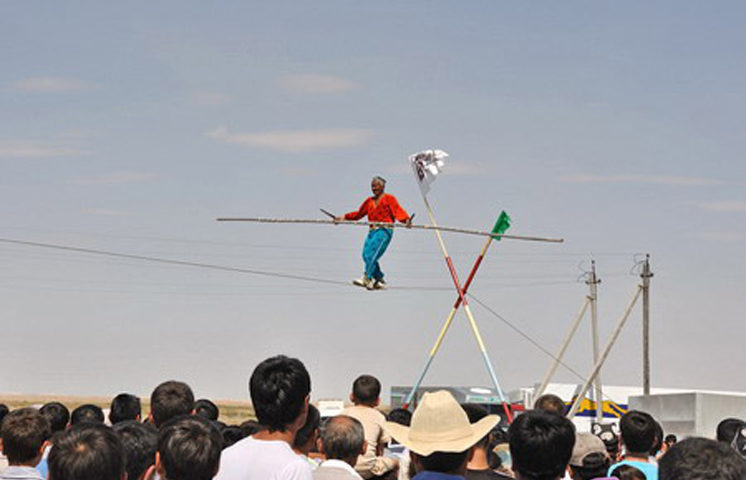 Traditional festival entertainments can be distinguished into a separate category among different traditions of Central Asian people. These are, of course, dances, songs, also puppet shows, wrestling, horse racing and performances by equilibrists – darboz as they are called in the East.

On the territory of Uzbekistan this kind of circus performances was spread in the early middle ages. Rope dancers’ shows always attracted huge numbers of people. Previously, they were held in the bazaars or large squares. No holiday was celebrated without equilibrist show. They gathered all the people from young to old, the shows were often visited by local city administration.

This national tradition survived up to present time because it was passed down from generation to generation. And today’s rope-walkers are great successors of the glorious traditions of their ancestors.

Craft of rope dancers is very difficult, it takes great endurance, agility and strength. The rope dancers – darboz- are mostly men. They are usually dressed in traditional national costume, either bright colors or in white shirt and black trousers, which are tucked into soft leather boots. Darboz do not use safety lanyard, and the height of the rope reaches from 4-5 m to 50 m. Such a height takes such huge concentration and attention, as well as skill.

During the show darboz climbs the rope and begins his show. Walking along the rope darboz holds a pole for balance. Unsurpassed masters are those equilibrists who can keep the balance on the rope while standing on one leg. When darboz reaches the other end of the rope, he again repeats all his own stunts, but walking backwards, which is another sign of rope walker’s skill.

Today the rope-walkers show can be seen during such holidays as Navruz and Independence Day of Uzbekistan, during the national festivals, their performances are held in Tashkent Circus. 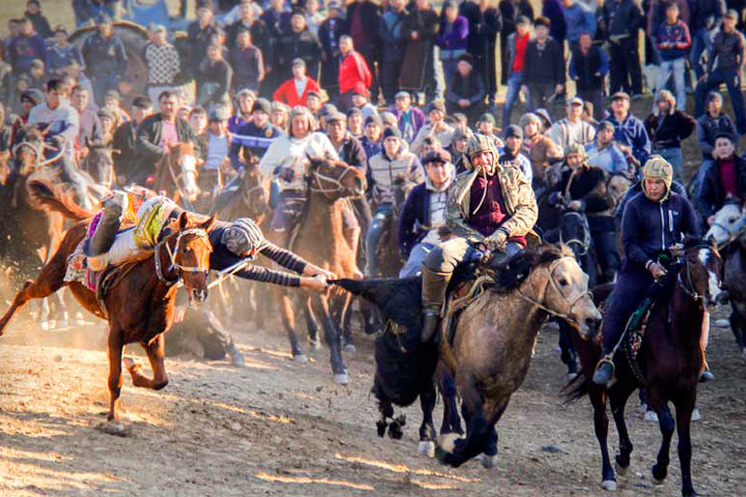 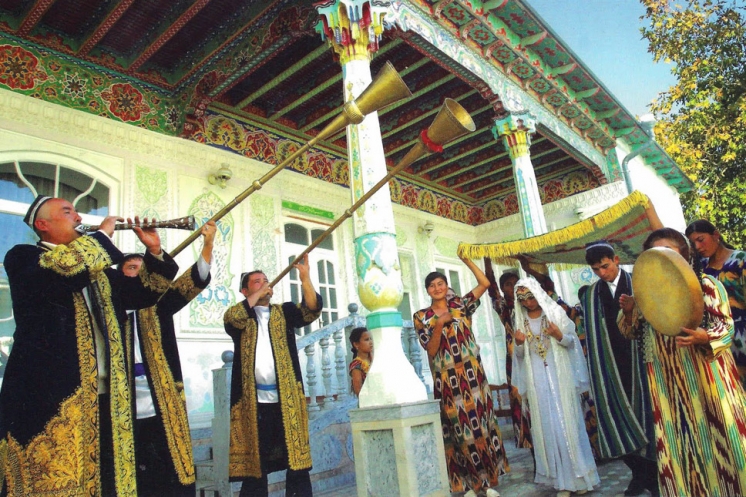