What is now Uzbekistan was in ancient times part of the Iranian-speaking region of Transoxiana and Turan. The first recorded settlers were Eastern Iranian nomads, known as Scythians, who founded kingdoms in Khwarezm (8th–6th centuries BC), Bactria (8th–6th centuries BC), Sogdia (8th–6th centuries BC), Fergana (3rd century BC – 6th century AD), and Margiana (3rd century BC – 6th century AD). The area was incorporated into the Iranian Achaemenid Empire and, after a period of Macedonian Greek rule, was ruled by the Iranian Parthian Empire and later by the Sasanian Empire, until the Arab conquest of Iran in the 7th century. The Muslim conquest in the 7th century converted the majority of the population, including the local ruling classes, into adherents of Islam. During this period, cities such as Samarkand, Khiva and Bukhara began to grow rich from the Silk Road. The local Khwarezmian dynasty, and Central Asia as a whole, were decimated by the Mongol invasion in the 13th century. After the Mongol Conquests, the area became increasingly dominated by Turkic peoples. The city of Shahrisabz was the birthplace of the Turco-Mongol warlord Timur, who in the 14th century established the Timurid Empire and was proclaimed the Supreme Emir of Turan with his capital in Samarkand. The area was conquered by Uzbek Shaybanids in the 16th century, moving the centre of power from Samarkand to Bukhara. The region was split into three states: Khanate of Khiva, Khanate of Kokand, and Emirate of Bukhara. It was gradually incorporated into the Russian Empire during the 19th century, with Tashkent becoming the political center of Russian Turkestan. In 1924, after national delimitation, the constituent republic of the Soviet Union known as the Uzbek Soviet Socialist Republic was created. Following the breakup of the Soviet Union, it declared independence as the Republic of Uzbekistan on 31 August 1991. 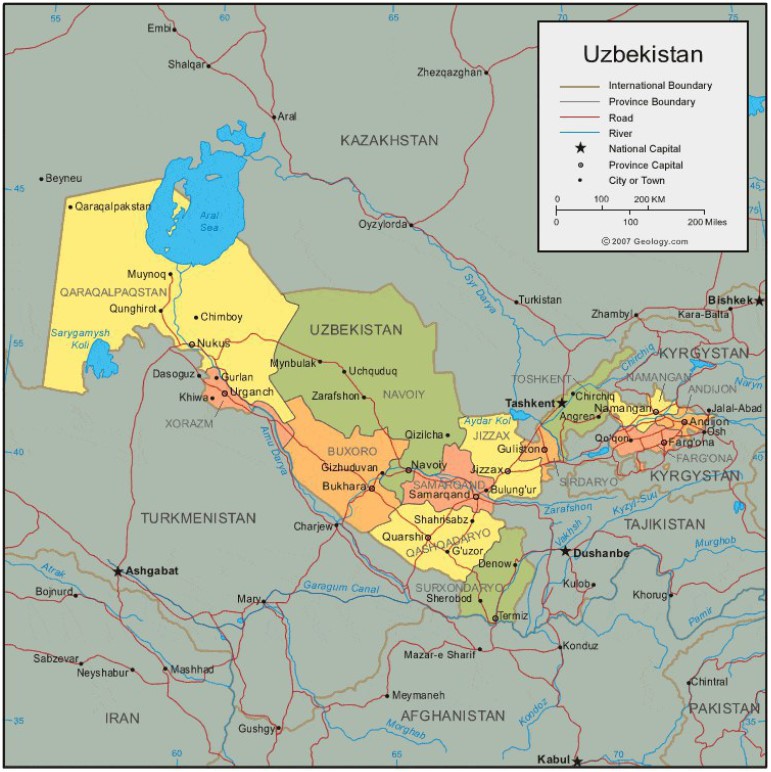 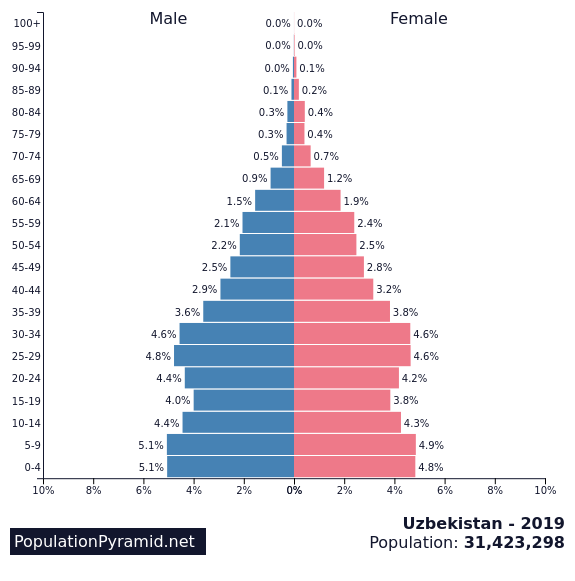 Uzbekistan has a diverse cultural heritage due to its storied history and strategic location. Its first major official language is Uzbek, a Turkic language written in the Latin alphabet and spoken natively by approximately 85% of the population. For 2013, Russian has widespread use as an inter-ethnic communication language. Uzbeks constitute 81% of the population, followed by Russians (5.4%), Tajiks (4.0%), Kazakhs (3.0%), and others (6.5%). Muslims constitute 79% of the population while 5% of the population follow Russian Orthodox Christianity, and 16% of the population follow other religions or are non-religious. A majority of Uzbeks are non-denominational Muslims. Uzbekistan is a member of the CIS, OSCE, UN, and the SCO. While officially a democratic republic, by 2008 non-governmental human rights organizations defined Uzbekistan as "an authoritarian state with limited civil rights".

Following the death of Islam Karimov in 2016, the second president, Shavkat Mirziyoyev, started a new course, which was described as a A Quiet Revolution and Revolution from Above. He stated he intended to abolish cotton slavery, systematic use of child labour, exit visas, to introduce a tax reform, create four new free economic zones, and he amnestied some political prisoners. Relations with the neighboring countries of Tajikistan, Kyrgyzstan and Afghanistan drastically improved. However, the Amnesty International report on human rights in the country for 2017/2018 described continued repressive measures, including forced labour in cotton harvesting, and restrictions on the movement of 'freed' prisoners.

The Uzbek economy is in a gradual transition to the market economy, with foreign trade policy being based on import substitution. In September 2017, the country's currency became fully convertible at market rates. Uzbekistan is a major producer and exporter of cotton. The country also operates the largest open-pit gold mine in the world. With the gigantic power-generation facilities of the Soviet era and an ample supply of natural gas, Uzbekistan has become the largest electricity producer in Central Asia. Renewable energy constitutes more than 23% of the country's energy sector, with hydroelectricity and solar energy having 21.4% and 2% respectively. As of late 2018, the republic was given a BB- rating by both Standard and Poor (S&P) and Fitch. Strengths indicated by Brookings Institution include Uzbekistan having large liquid assets, high economic growth, and low public debt. Among the constraints holding the republic back are low GDP per capita, something the government could influence by changing how it accounts for sectors of the economy not currently included.

Namangan Region (Uzbek: Namangan viloyati/Наманган вилояти, نەمەنگەن ۋىلايەتى; Russian: Наманганская область, Namanganskaya oblast) is one of the regions of Uzbekistan, located in the southern part of the Fergana Valley in far eastern part of the country. It is on the right bank of Syr Darya River and borders with Kyrgyzstan, Tajikistan, Tashkent Region, Fergana Region, and Andijan Region. It covers an area of 7,900 km². 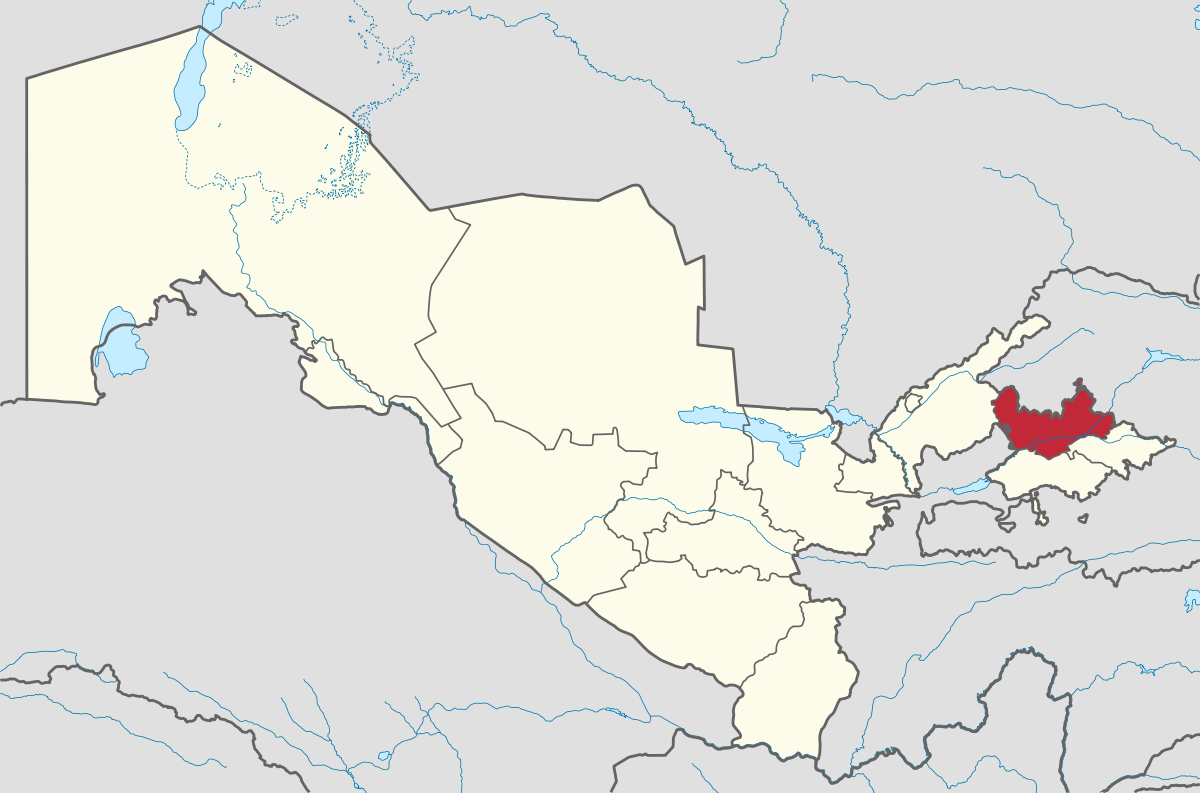 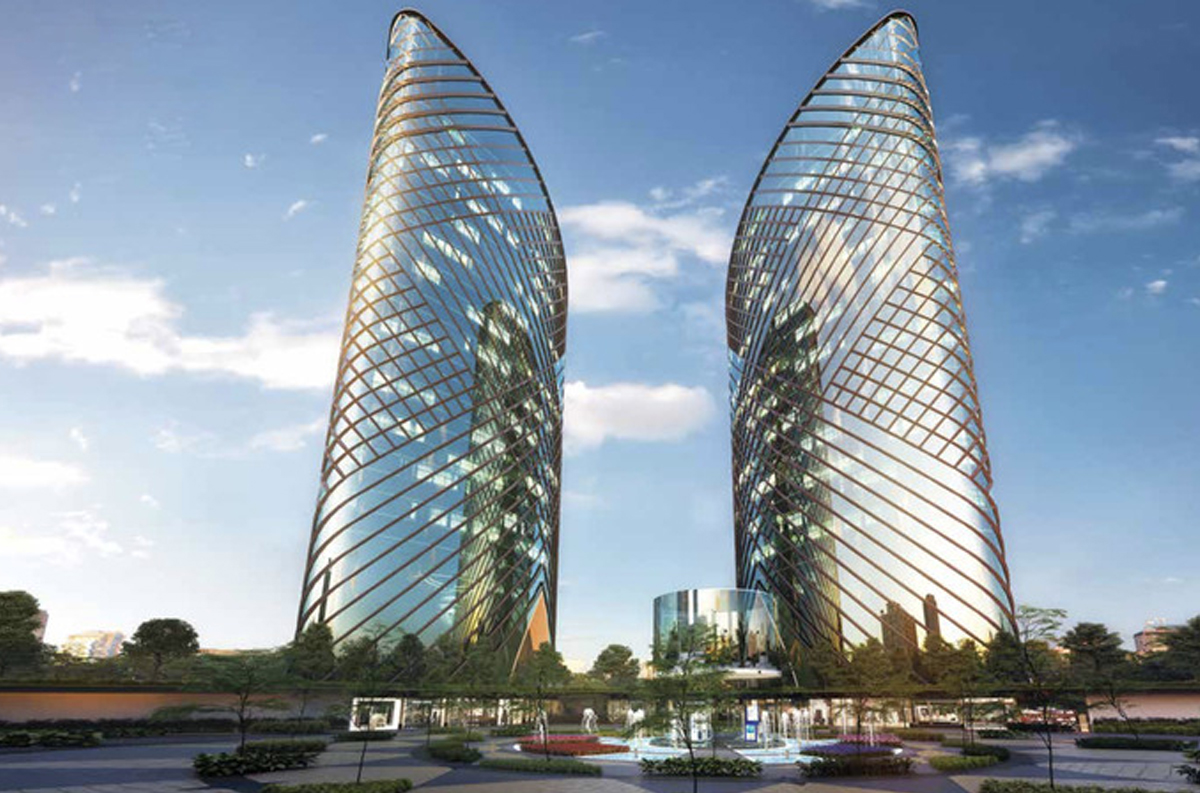 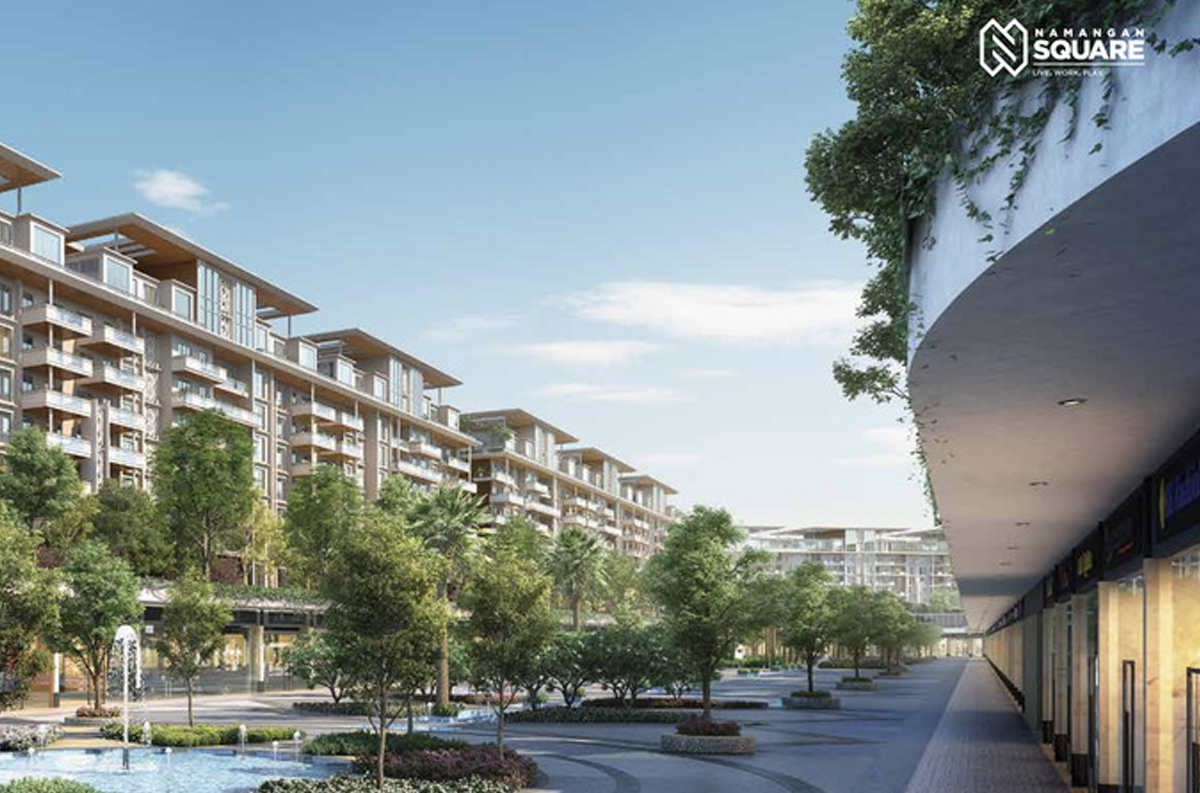 The population is estimated to be around 2,530,000, with over 62% of the population living in rural areas. The great river Syrdarya, the main waterway in Central Asia, starts in the territory of Namangan. Syrdarya is formed from inflows of the rivers Naryn and Kara Darya. The Namangan region is very rich in various natural resources. In particular, the region extracts oil in Mingbulak District and big gold and diamond deposits have been discovered in Kasansay and Pap Districts.

There are also large deposits of uranium, silver, aluminum, tungsten, iron, copper, granite, and marble, among others. There are two big mountain tunnels connecting the Fergana valley with the inner city area and other regions of the country, located in the territory of Namangan.

Customs and traditions of the Uzbek people have been forming for centuries. They are very distinctive, impressive and different, dating back to different epochs and religions. Initial formation of Uzbek culture dates back to the 6th-7th centuries BC, by that time nomadic tribes shifted to a settled way of life in the valleys of Amu Darya, Syr Darya and Zarafshan and founded first states. Former nomads founded settlements and cities, bringing with them customs and traditions based on ancient cults of their ancestors. Territory of modern Uzbekistan, Transoxiana, being parts of ancient states – Khorezm, Sogdiana, Bactria - became the basis for formation of culture, which subsequently became the basis of Uzbek culture.

Over centuries, traditions and customs of Uzbek people remained almost unchanged despite the desire of many invaders to impose alien culture on. The Arabs had the greatest influence on Uzbek customs and traditions, through the expansion of Islam throughout Central Asia. Islam traditions were closely intertwined with pre-Islamic beliefs and traditions, local culture, and firmly settled in the mode and minds of the Uzbek people.

Centuries-old customs and traditions of the Uzbek people are carefully maintained and passed on from generation to generation. Like many Asian nations, most festive Uzbek customs are related with major family celebrations: wedding and birth. These events include many rites and rituals, involving parents, children, brothers, sisters, immediate and remote relatives even neighbors and guests, each one has its own role. Uzbek traditions are based on hospitality, respect for elders, collectivism, manifested especially vividly in makhallas (Uzbek residential quarters) – repository of age-old national basis.